So, now that I've posted about the release of Dark Shores, Book Three of my YA Black Depths Series, I'll share with you some of my biggest Self-Publishing Fails. And some of them are epic. 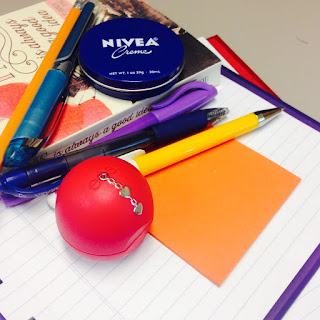 1. Not Posting/Blogging/Tweeting about your book on release day!

Big fail here. Why didn't I do it? Why did I hide my head in the sand instead of telling everyone I knew that I put another book out into the Universe? Well, this time, for book three, it was because I forgot. To be honest, it was completely the wrong week to release a book. If I could choose again, I would pick mid-April. But unfortunately, no one has come up with a plausible time machine yet, so I'm stuck. But not only did I not put out a release about my third book, I didn't do it with the first one either. My reasons for announcing book #1 was completely different, however, because that first time,  I was sure that Tales of a Redheaded Sea-Witch would magically sell a thousand copies on day one all by itself. I wouldn't have to lift a finger. Finger was not lifted. Book did not sell. If you want to sell books, you have to tell people that your book exists, that your book is awesome, and that they will seriously be missing something if they don't read your book—especially on release day. Don't just lift you little finger, lift your whole body weight x a million.

2. Not having amazing cover art from the start.

Recently, I finally hired a cover artist to redo the covers for all of the Black Depths series. This isn't just to increase my books discoverability, but because I want amazing cover art. I want a book that I will pet and stroke and hug as I fall asleep because it's just so darn beautiful. Also, the discoverability think would be nice too. Here's a comparison of the old and new covers for Broken Tide. I think the images speak for themselves.

3. Not Posting/Blogging/Tweeting about your book for a year after releasing it because you think it will sell on its own.

I pretty much hid my head for a good year after I initially self-published Tales of a Redheaded Sea-Witch. I'll call that the soft release. Last year, I finally decided to own up to it, and now I tell people that not only did I write it, but it's amazing. Seriously. Very chic.

4. Picking a release date and not making it.

I felt absolutely horrible last Monday. That was the day I'd told people I'd put the book out. But when the time came, it still was not ready. I was still fixing typos. People seemed to understand, but I could pretty much feel them plotting my death. Book Two ended in a cliff hanger. They were waiting for more. I let them down. I let my fans fall to the bottom of that cliff. Thankfully, I managed to finish by Friday, so I'm hoping not to many of them ended up a bloody mess at the bottom. Hopefully I got the inflatable mattress there just in time.

5. Blushing and hiding your face whenever someone mentions that you've published a book.

6. Having Typos on your back cover blurb.

I'm the kind of person who doesn't read cover blurbs. Most of the time I feel like they ruin the story. Apparently I don't read the back cover blurbs of my own books either. If you're like me, remember that there are people out there who do read the blurbs. And they will notice your typos.

I know, sometimes it seems like a good idea to be able to hide from those who hate your book. But really, it's not. Even if someone doesn't like your writing, they may give you the kind of feedback that will make you better. You can always delete unwanted emails and messages. Or, you can send a courteous thank you email anyway.

Anyway, that's just a short list of some of the mistakes I've made. I'm sure there's more, so this post may end up with a part 2. But meanwhile, here's to the learning process.

J. E. Hunter is the author of the Black Depths Series. Tales of a Redheaded Sea-Witch, and Black Depths, the first two books of the series can be found on Amazon, Kobo, iBooks, Barnes and Noble, and Smashwords. The third book, Dark Shores, was released April 1, 2016. The fourth and last book of the Black Depths series, Twisted Currents, will be released in the fall of 2016.