If you've noticed, then you know that I've been gone for a short while. I was on a personal retreat in Vancouver. I had big plans, I was going to get my write-on, finish up book four of the Black Depths series, Twisted Currents. And then it all went wrong....


First, I was sick on the plane. To the point where I almost passed out. Then I felt better momentarily but couldn't drink any coffee for two days (and I had plans to drink multiple cups every day to fuel my word counts). Then, I finally begin to feel better, manage to consume some delicious coffee from the wonderful coffee shops in Vancouver like Bel Cafe and 49th Parallel, and also a burrito (I blame the burrito), and I get sick again! 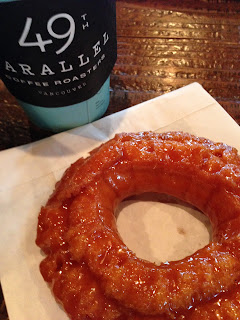 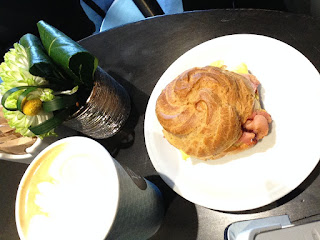 I got approximately 25% of Twisted Currents done, 75% short of my goal and as I go back to my day job last week, I'm going to be pulling some long, late nights to get back on schedule. Which sucks. Brutally. But I'm going to get it done. I find coffee and donuts that are just as delicious in my hometown of Saskatoon, and if I sharpen my knife, I'm sure I can carve out some writing time time.

Next time, I'm going to make sure I'm healthy for vacation!

J. E. Hunter is the author of the Black Depths Series. Tales of a Redheaded Sea-Witch, and Black Depths, the first two books of the series can be found on Amazon, Kobo, iBooks, Barnes and Noble, and Smashwords. The third book, Dark Shores, was released April 1, 2016. The fourth and last book of the Black Depths series, Twisted Currents, will be released in the fall of 2016.
Posted by J.E. Hunter at 2:22 PM