Well, I've decided to switch focus this NaNo. I've been working hard on Dark Shores, the third book in the Black Depths Series, which began with Tales of a Redheaded Sea-Witch. Broken Tide, the sequel to Sea-Witch, will be release two weeks from today, on November 30th, so get your e-readers ready!

If you haven't read Tales of a Redheaded Sea-Witch, it will be going on sale November 30th, to only 99 cents, to celebrate the launch of Broken Tide, which will be priced at $2.99. I hope to finish up the draft of Dark Shores (Book 3) in Decemeber, and release it in late February or early March.  To that end, I have designed a placeholder cover for Dark Shores, to motivate me for the rest of NaNo. Here it is! (Not the final art) 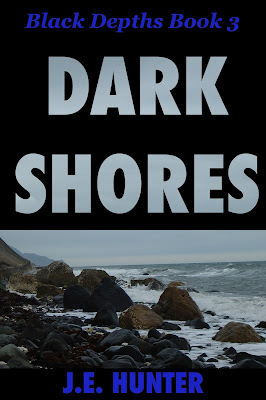